In the world of wine, few have the experience of Christian Moueix. With over fifty years of producing wines in Bordeaux’s Right Bank and thirty-eight in the Napa Valley, his record in both the old and new worlds has given him unrivaled insights.

Son of legendary Jean-Pierre Moueix, Christian was born in Libourne in 1946. After completing agricultural engineering studies in Paris and graduate studies in viticulture and enology at the University of California, Davis, he returned to France.

At the age of twenty-four, he was given the responsibility of managing his family’s many chateaux, including Pétrus. A viticulturist at heart, he has worked in the vineyards to pursue each and every means to obtain the highest quality grapes. He experimented with organic farming in the 1970’s, exercised frost control by helicopters and installed new drainage systems in the vineyards. His most significant contribution has been the practice of crop-thinning which he pioneered in 1973, a method now adopted throughout the world’s vineyards. He managed Pétrus for over thirty-eight years and today he directs eight family chateaux including, in Pomerol, La Fleur-Pétrus, Trotanoy, Hosanna, and in Saint Emilion, Bélair-Monange. Since 1991 he has been the President of Ets. Jean-Pierre Moueix, a top Bordeaux wine merchant.

In 1983, Christian Moueix began producing Dominus from the historic Napanook vineyard in Yountville. In 2008, he acquired a 40-acre vineyard in Oakville from which he launched the first vintage of Ulysses in 2012.

As stewards of these terroirs, Christian and his teams are committed to creating optimum growing conditions in vibrant and sustainable ecosystems. In France, his vineyards have received the highest certification of HVE (Haute Valeur Environmentale 3) and in Napa Valley, Dominus Estate has the Organic Certification.

Christian Moueix’s aim is to ensure the longevity of his vineyards in the Napa Valley and France and to produce wines of uncompromising quality. 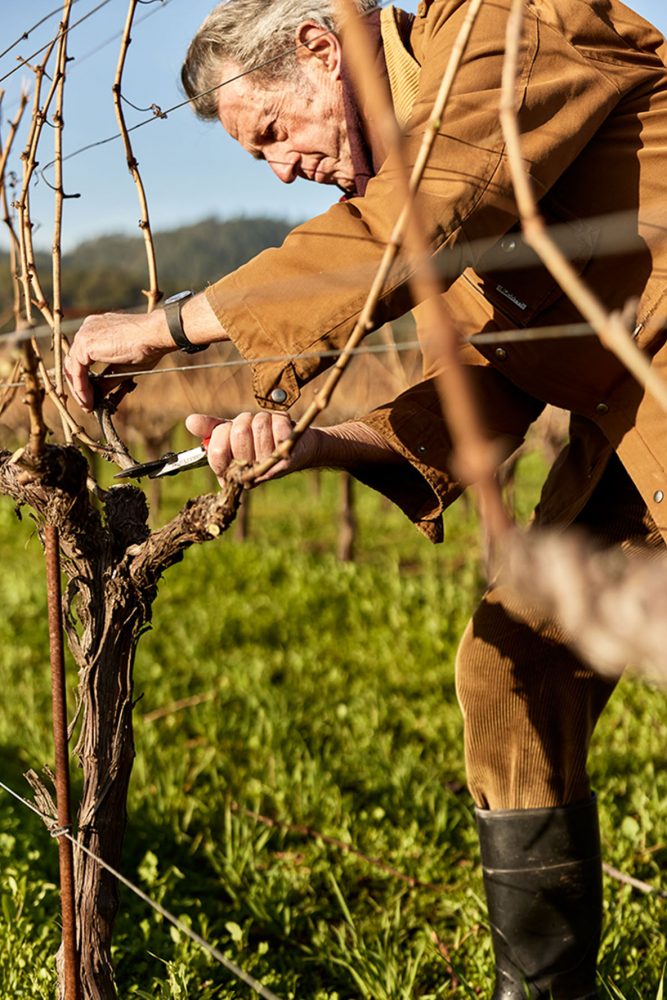